Gladstone, NJ – The United States Equestrian Team (USET) Foundation has awarded the 2021 Whitney Stone Cup to Roxanne (“Roxie”) Trunnell of Royal Palm Beach, Florida, making her the first para dressage rider and only the eighth dressage rider to receive the honor in its 40-year history. Currently, Trunnell is ranked number one in the FEI Para Dressage World Individual Ranking in Grade 1 and number one across all Grades.

The Whitney Stone Cup is awarded annually by the USET Foundation Executive Committee to an active competitor whose consistent excellence in international competition and whose standard for sportsmanlike conduct and contributions as an ambassador for the sport and for the USET Foundation exemplify the Team’s highest ideals and traditions.

“It means quite a lot to me to receive the Whitney Stone Cup as the very first para equestrian in history to do so,” stated Trunnell. “I did not start out as a para equestrian and I thought being in a wheelchair was the end of my equestrian career, but then I found para equestrian and a whole new world opened up. Over the years, I have watched the para dressage world grow and people gain more interest in it. It is very exciting to be recognized as an ambassador for para dressage and having the ability—with the help of [my mount] Dolton—to influence this sport to grow and prosper.”

Trunnell has always held Olympic aspirations, beginning when she was an able-bodied rider. She earned a United States Dressage Federation (USDF) bronze medal and was close to obtaining a silver medal until she contracted the H1N1 virus in 2009. The virus caused a stroke that put her in a coma and ultimately required her to be wheelchair-bound.

After a long recovery, Trunnell did not lose her vision for competing at the top of the sport and focused intently on getting back in the saddle. In 2013, she rode in her first CPEDI and five years later she represented the U.S. at the 2018 FEI World Equestrian Games in Tryon, North Carolina, where she earned the individual bronze medal in the freestyle.

Trunnell and Dolton, an eight-year-old Hanoverian gelding owned by Karin Flint, are preparing for a Paralympic Games debut in Tokyo this summer.

Those around Trunnell note that she can always be counted on to support her peers and that she is the consummate example of sportsmanship. In true sportsmanlike fashion, Trunnell strives to encourage those that are hesitant to try para dressage to give it a chance.

“Yes, you will have bad rides from time to time, and you might even take a fall,” she said. “What matters is that you get back on the horse and keep trying. This is one of the few sports in the world that allows you to compete with your best furry friend. Why not give it a shot?”

The Whitney Stone Cup, which was presented to the Team by the Officers and Directors of the USET Foundation, is given in honor of the late Whitney Stone who served as President and Chairman of the Board of the USET, and who was instrumental in the creation of a civilian team when the Army retired from competitive horse sports after 1948. 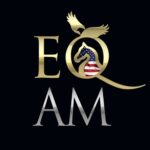 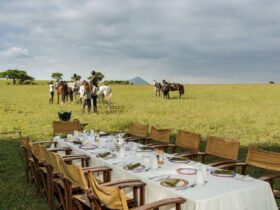 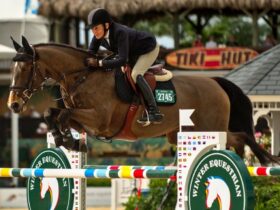 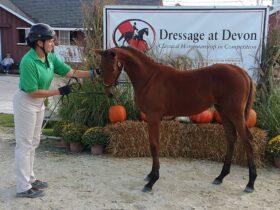 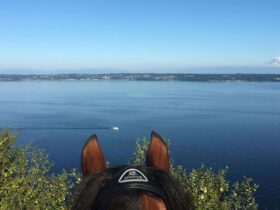 Building a Brand: Life Between the Ears 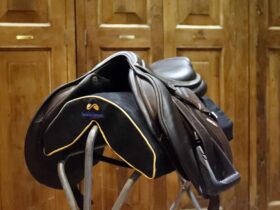 Have you ever been to @farm_stand at @esp_wef in Wellington, Florida? If so, you've tasted and seen some beautiful things 🌸 Farm Stand's delicious food and decadent beauty products depend largely on the quality of their ingredients. Most of those ingredients come directly from Farm Stand’s own edible garden 🌾🍋🌿🍅 which is designed, curated, and maintained each year by the horticultural genius of Heidi Hoover @theediblegardenllc. 👆 our smart.bio link to meet the gardener.

Weeks after September 11th, 2001, as the ruins of the twin towers smoldered at ground zero, the United States Special Forces took the first steps into war in Afghanistan—Those steps left hoofprints..

A statue called “De Oppresso Liber” is dedicated to those mounted U.S. troops. Its name in Latin means “to liberate from oppressors.” The statue now stands guard over the attack site.

Created by Kentucky based artist Douwe Blumberg, the 18-foot bronze statue depicts a Green Beret soldier on horseback. The monument is unofficially known as the “Horse Soldier ...